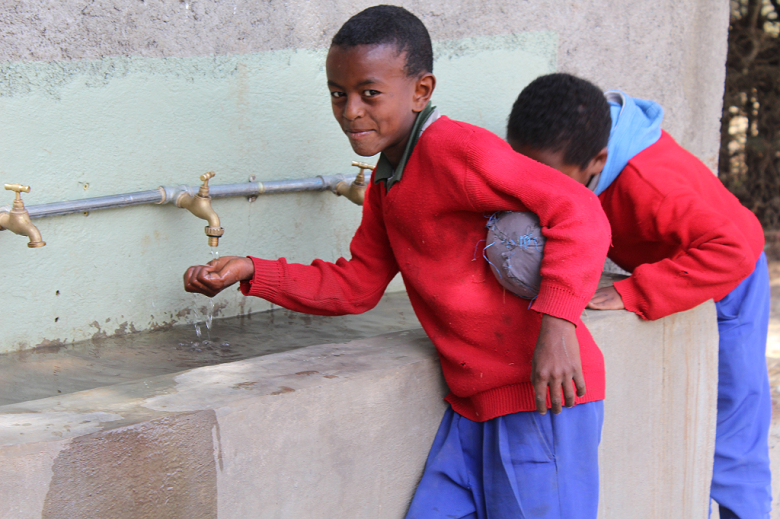 The residents of Akaki-Kaliti work for very low wages. They are factory workers, day laborers, farm workers, low-level civil servants, military personnel, sex trade workers and unemployed youth, women and men. Of these groups, factory workers constitute the majority of the population. On average, these workers earn between $ 500 and $ 600 annually, while many of the other employed residents earn less than $1 US per day.
Akaki-Kaliti has grown very quickly, due largely to an influx of people from farms and neighboring towns. The majority of families live in sub-standard housing with no clean water or electrical service. They are unable to afford food, health care or schooling for their children. There are few municipal services in the community, including no municipal water, sewers, toilets and showers. Studies have shown that there are a large number of orphans, vulnerable children, and children who have been sexually abused or victims of trafficking in the community.
For the last 16 years, EDA has been tackling these problems head on with programs in education, health, sanitation, employment training and a variety of other interventions.
EDA’s major projects in the area include:
(Follow the links for full details on these projects)
• Education Training and Capacity Programs
• Community Health and HIV/AIDS Prevention and Support
• Water Sanitation and Hygiene (WaSH)
• Youth Livelihood Project