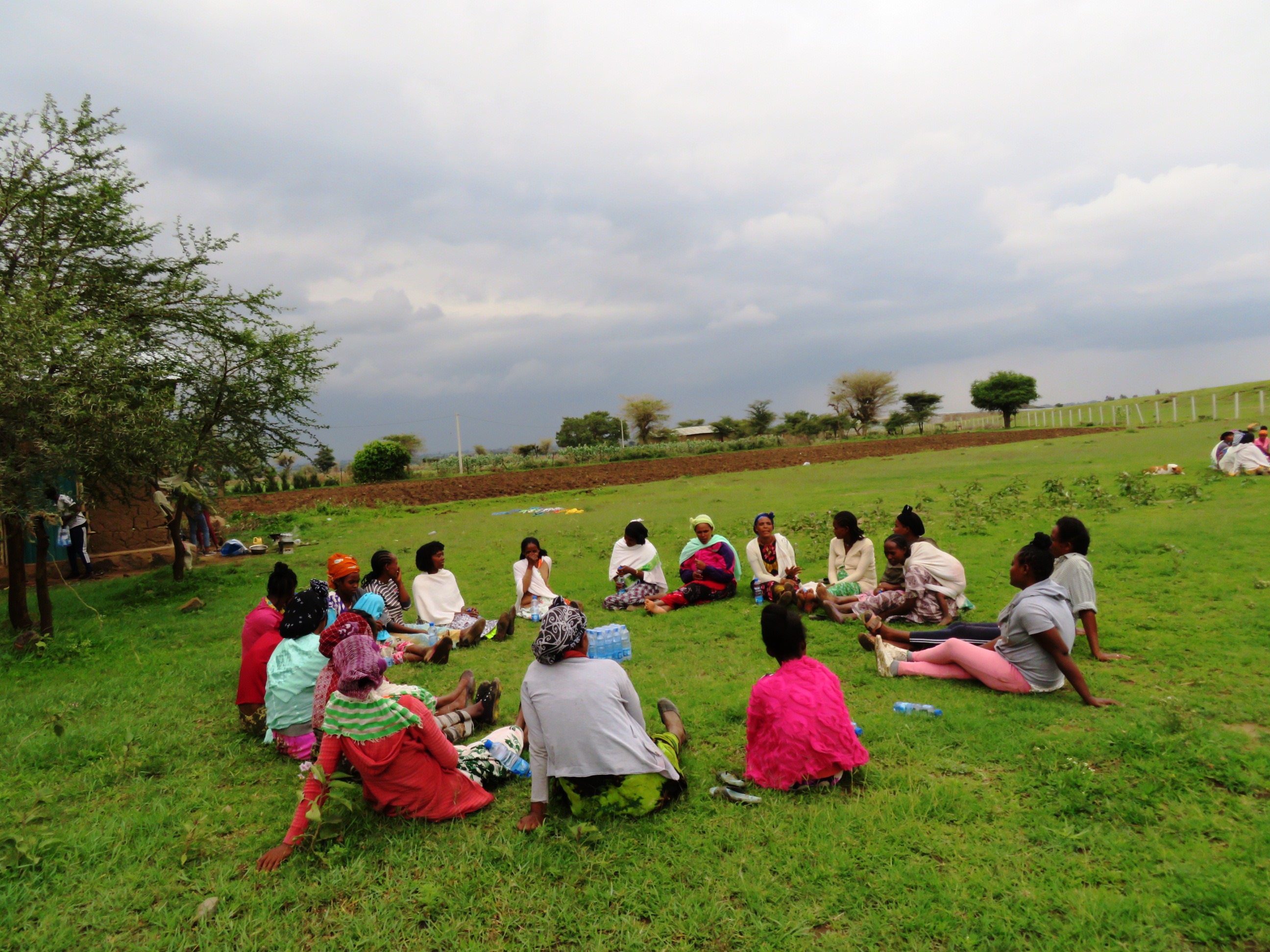 COMMUNITY BASED CHILD DEVELOPMENT PROJECT 2021 SUMMARY ANNUAL ACTIVITY REPORT
 Emanuel Development Association was introduced in Bora woreda on August 2016 by speed school (ALFA) project and by 2018, the organization added other project named Community Based Child Development project with objective of improving well-being of Children and Youth. Community Based Child development project, by the support of Canadian Feed The Children (CFTC), has been working for four years since march 2018 in Bora woreda at Bote 02 & Ellen Kebeles. The project planned to address problems associated with poor quality education, food insecurity, poor capacity of local institutions and structures representing poor people as well as those of government offices are among the main reasons that initiated this project.
In cases of improving food security improved wheat seed were introduced for 50 farmers who participated in two men Reflect group to cover 3.5 hectare of farm land and harvested 96 quintal of wheat, improved seedlings of mango and avocado were introduced for 90 men farmers who involved in 4 Reflect groups, training on agronomic practice and smart agriculture and compost preparation were provided for 128 men Reflect members, and training on importance of balanced diet and practical demonstrations were provided for 332 mothers.
The other component is increasing income, saving and assets. In this case Basic business skill training were provided for 78 mothers who involved in four Reflect groups, Four women Reflect group action plan to engage in small ruminant husbandry was support which benefited 101 mothers. And also one women Reflect group action plan to engage in small scale business were supported and benefited 21 mothers. Capacity building training were provided for 136 mother on finance management, alternatives to increase saving, access and usage credit services on two different occasion at their discussion sessions. 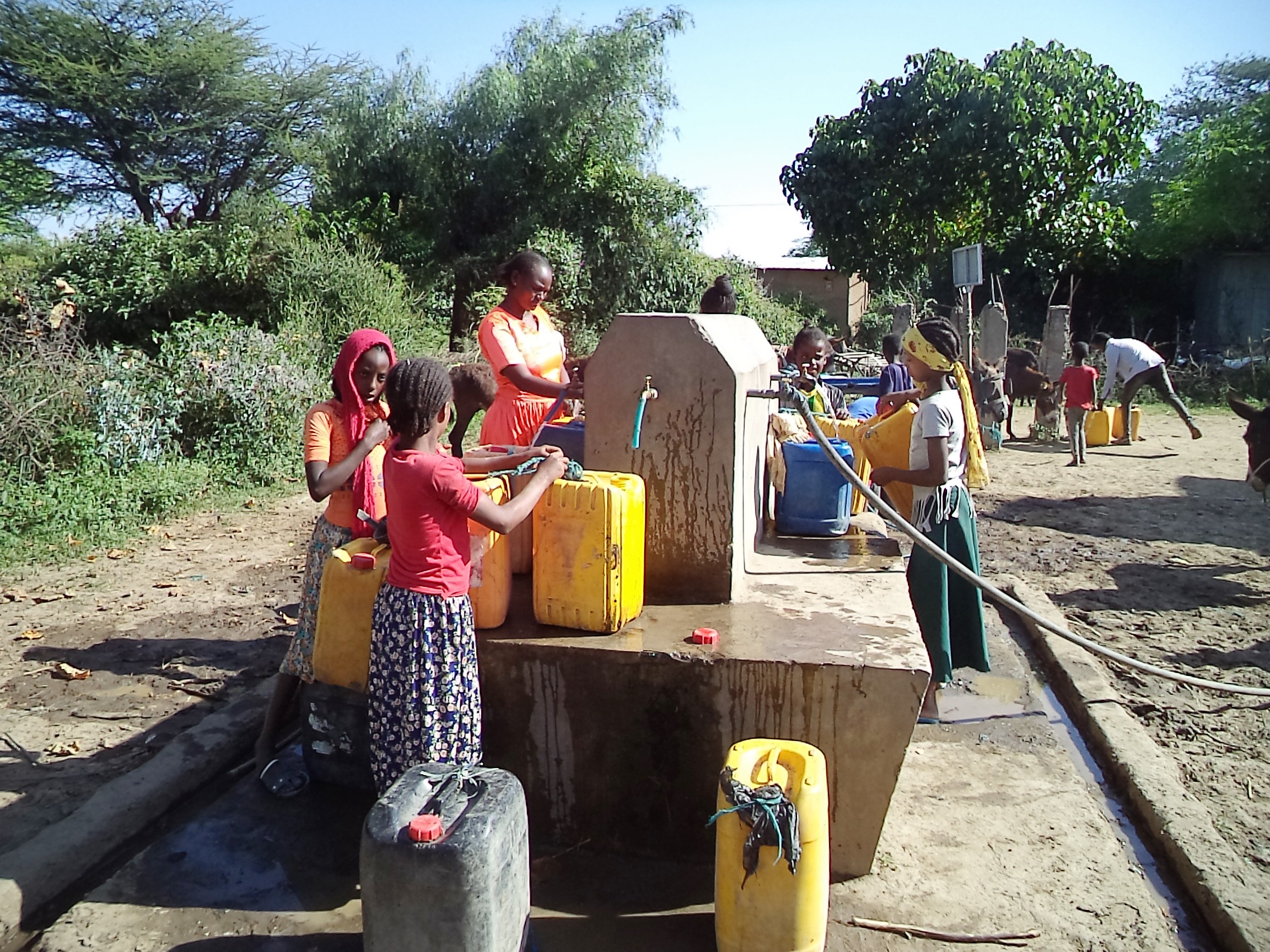 In case of improving education performance, 100 children chairs and 48 tables, different teaching aid materials such as different syllabus, curriculum books in Amharic, and Afan Oromo, etc. were purchased and provided for two target ECCE centers, action plan of Ellen
community to construct one block with four classrooms to upgrade school from grade 1-4 to 1-6 was financially supported and it is on final stage for inauguration, three target primary school initiatives to construct reading circles with in school compound were supported, And also one target school action plan to renovate two male and female latrines were supported. In other cases capacity building training were provided for 14 target ECCE facilitators, 33 primary school teachers and also awareness creation events organized for ECCE guardians and mass awareness events were organized for in four target schools on gender equality and girls right by using target school art and literature team.
And also 200 sponsored children have got scholastic materials such exercise book; Uniform, school bag, etc. and their profile were updated.
To improve capacity of community EDA established 23 Reflect groups which have constant weekly meeting and saving programs. Within these Reflect groups 490 households, 362 mothers (16 Reflect groups) and 128 fathers (6 Reflect groups) are involved. Each Reflect group saved 10,000.00 -250,000.00 birr as a group.
Generally, within 2021 budget year EDA planned to utilize 3,457,124.28 birr on Five components of the CBCD project program and used 3,391,463.08 birr which is around 98% of total budget the year. In terms beneficiaries the program directly addressed total of 5978 beneficiaries. From the total above mentioned, 4784 Children (2457 girls and 2327 boys) and 1194 parents (736 women and 458 men) were directly addressed; While 21,528 beneficiaries are indirectly reached during the budget year. And the project has four staffs.
BEST PRACTICE 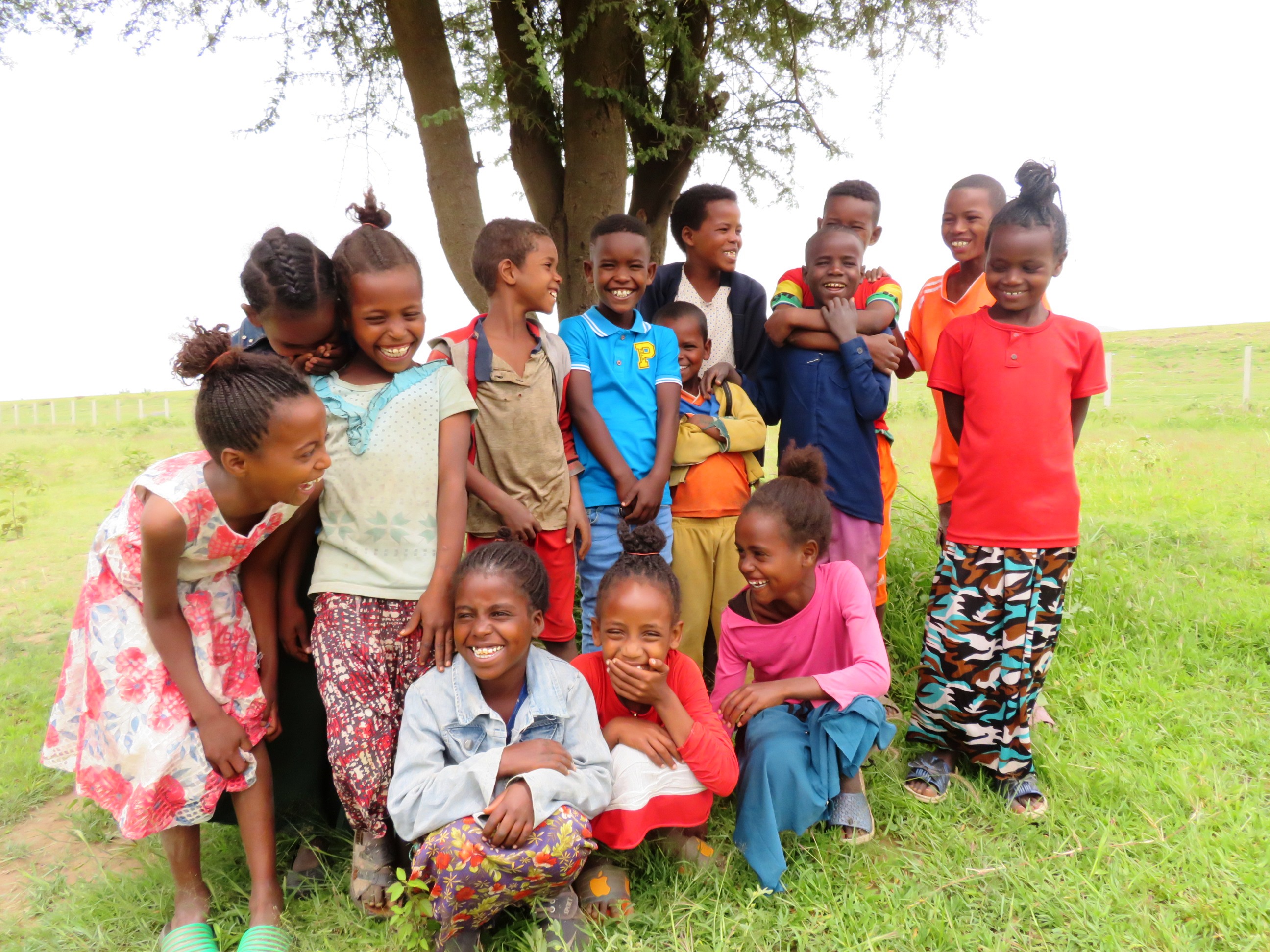 Ellen Kebele is one of two kebeles of Community Based Child Development intervention area in Bora wereda. The area has a potential for irrigation-however the community chose to rent their land for businessmen from cities and they work as daily laborers and guards on their own farm. And also he businessmen also employ children and women during harvesting. According to the discussion made during the entry-a young child of age nine or ten works in the field and bring birr 50 to the household-and this has affected the overall attitude of the community towards education. Due to this and other reason School enrolment is very low and school dropout was very high. The local government has been trying to solve these problems for many years but they could not bring any significant change.
But after EDA started Community Based Child Development Project and introduced Reflect approach, the members of the Reflect groups discussed and they agreed to send their own children first and then to mobilize the whole community. As the society is more obedient to local norms and bylaws than that of the local government after so many processes they influenced the traditional leaders to revise the traditional law and included child education as a mandatory-any family who is not sending their school-age child is fined and question by the leaders, Each circle has also elected and formed a school monitoring team-where they go to school turn by turn to monitor the availability of teachers, to get a report of absentees, etc. and through above mentioned process the school enrollment dramatically changed and school dropout minimized below 5%.
The increased school enrolment has motivated the circles and then decided to reduce the distance that children who promoted to grade five should travel-hence they come up with a very ambitious plan that is to upgrade their primary school so that children would attend grade five and six without traveling far (10km or 20 km round trip).They formed a committee and approached the local education authority and presented their request. They were told that to upgrade the school they need to have adequate standard classrooms and the government has no budget to support them. They submitted their action plan to the project and EDA, by consulting with donor, agreed to support their action plan by allocating birr 700,000.00. And then with this promise they went back to the local government and the local government agreed to do prepare the design and bill of quantities for the construction and also to provide supervision of the construction for free. Then when they prepare the bill of quantities, the budget needed to build a four-classroom standard block became more than 2.4 million, and they dissuaded them telling them that it is better not to start with that small amount of budget. But they did a quick resource mapping exercise and learned that they have a lot of local resources and people that can be mobilized to contribute. Then using the design they prepared a bid for local contractors to do key construction works for them while they supply labors and other local materials. Currently the construction is almost completed and ready for inauguration.
There are many other changes that happened at the individual group member's level, including power dynamics at a household level, individual women economic empowerment, increased collective voice of women in the society, etc. The approach united the community both women and men to challenge the existing practices and allowed women, in target community, to be heard out loud.
Biqiltu Women Relect group while discussing pic1
Ellen Primary school school constructed by the support of EDA pic2
Mass awareness creation event organized on Gender and girls right in for target school community by using art and literature groups. Pic3
Sponsored Children photo taken during Annual profile update program pic4
Water pipe which the borehole was drilled by EDA pic5
Edget Behebret Men Reflect group while visiting their group wheat farming pic6